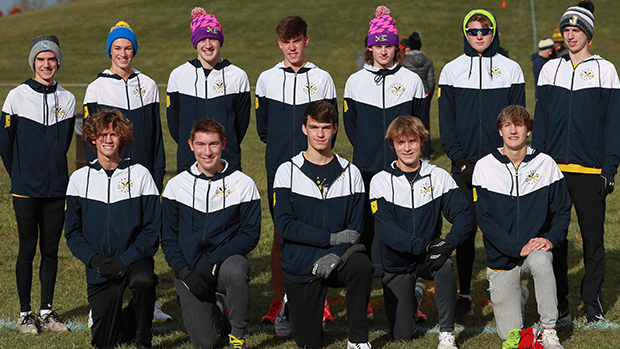 Indiana Seniors of the Year

Let's take a lock at the top male and female seniors in Indiana this fall. There were a ton of great candidates on both sides. Although the girls top twenty was dominated by underclassmen, the boys were super heavy on seniors this season.

The senior class on the boys side comprised 20 out of the first 23 finishers at the state finals in October. It was simply loaded up front with the first three finishers all being seniors as well. Although you would expect some level of senior-heavy results, this is an amazing percentage of athletes in the top 25 of the field.

The seasons that Izaiah Steury (Angola), Reese Kilbarger-Stumpff (Columbus North), and Krishna Thirunavukkarasu (Brebeuf) produced were absolutely stellar. The three seniors each broke 15:00 at different points in the year and were leaders in almost every race they competed in this season.

Others like Cole Raymond (LaPorte), Abe Eckman (Jasper), Spenser Wolf (Forest Park), and Jack Moore (Northridge) only faced losses to the seniors listed above- outshining most distance runners in Indiana. Each one of these runners are very deserving of being labeled as nominees.

Stay tuned for both the girls senior list and the overall top seniors in the coming days.