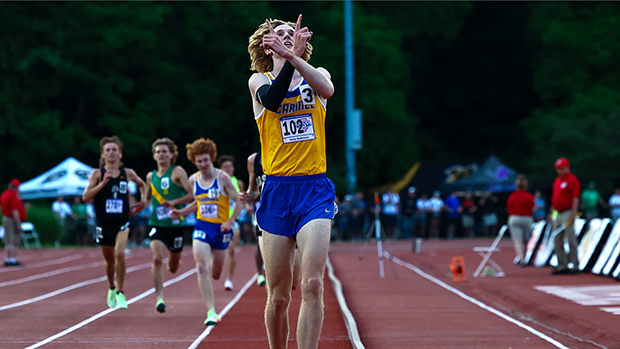 Kole Mathison has made his college decision. The Carmel Greyhounds rising senior announced on Instagram late Thursday evening that he would be attending the University of Colorado starting in the fall of 2023. Mathison is the second athlete in the class of 2023 in Indiana to announce their commitment this early, Sophia Kennedy announced the other week.

On the grass, Mathison took 4th at the IHSAA State XC Champs last fall. He went on to take 9th at the Garmin RunningLane XC Champs with a time of 14:23.32 and later 5th at the Eastbay XC Championships in 15:22.30.

He's got one more cross and one more track season to add a few more state titles to his name, and potentially even a national title. He is within the top 10 of returning boys across the country solely based on time.