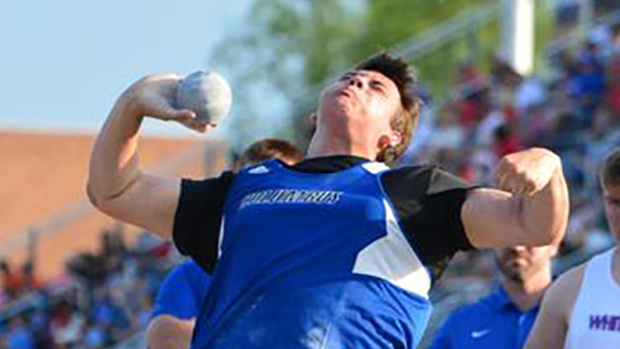 Indiana's state record holder in the shot put, Tucker Smith of Columbus North, opened his indoor 2022 season with an impressive 68-05. The throw puts Smith as the number one thrower in Indiana by just over nine feet and the #2 in the U.S. by about 7 inches.

Smith opened last season with a 61-7.75 before throwing 69-7 in the outdoor season. Smith broke not only the state's all-time best mark but the state meet all-time best in 5 of 6 throws.

Luke Himes from Heritage Christian and Sloan Cox from Castle both threw great early season marks in the event as well. Himes threw another fin throw in the high 58's with a 58-1.25 to add another great mark to his indoor resume. Cox was just behind at 55-6.

Indiana's field events on the boys' side have really started off very strong this season. Take a quick look at the leader boards for each of the early events with the Top 10 boards below.