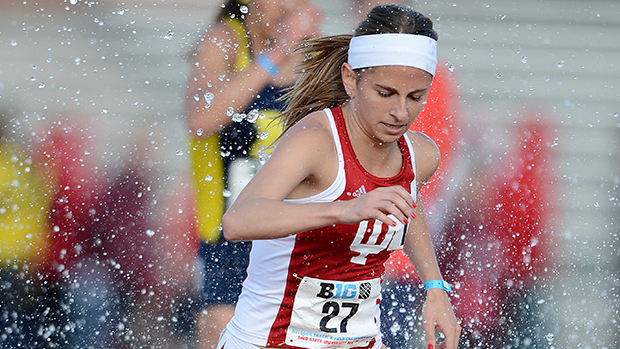 Described as a friend, a great example, and great coach- Carmel's assistant coach Caitlin Engel passed away this week. Engel lost her battle with cancer after bravely fighting the disease over the last several years. A 2008 Zionsville graduate, Engel also competed at Indiana University, leaving her mark at both places athletically, socially, and emotionally.

According to the Indianapolis Star, Engel was first diagnosed with cancer in 2018. Through treatment, Engel was cancer-free by 2019. It returned this fall, though, and Engel fought a tough battle before the disease took her on Monday.

Carmel Girls Head Track Coach Aaron McRill commented on Caitlin's time at Carmel with great emotion and respect. Calling her a friend, he said "Caitlin loved being a coach. She was incredibly knowledgeable and had lots of running experience, but that's not what made her a great coach.  What made her a great coach was the way she coached. She was invested in all the kids and showed that by the way she interacted with them."

The mark of a truly great is not just performance, but the impact you leave behind. Caitlin seemingly left a huge mark. Both Coach McRill and Boys Cross Coach Colin Altevogt commented on the huge support they have been receiving from alums and family members of the program who knew Caitlin.

Coach McRill summed up her impact as a coach, "Many of the girls looked at her like an older sister that they looked up to. You couldn't ask for a better person to fill that role."

Video submitted by Carmel Girls Track and Field Head Coach Aaron McRill. Coach Engel fulfilling a promise of jumping in a pond if the girls JV won a Junior Olympics meet. According to McRill, "Just a show of a little bit of her personality and why the girls loved her."

Coach Altevogt was impressed with her humility and focus on the athletes, not herself. "Caitlin was such a great example to all of our athletes at Carmel. She was a walk on at one of the country's premiere distance running schools, competed in the national championship and placed high in perhaps the most competitive conference in the country. I think our kids knew that, but I'm not sure as she so rarely talked about her own accomplishments; she was focused on the kids and the teams.

"Girls' and women's sports are so important to our society and our future, and great women in coaching is so vital. Caitlin played such a huge role for our programs."

Altevogt also talked about Caitlin's impact on him. "She thought that working with kids, in teaching and especially with distance running, was the best way that someone could spend her time, the best way to spend a life. Coaching high school distance running takes such a tremendous amount of time, it is such an incredible undertaking, and it's also what she missed the most when she wasn't able to do it. To be able to work with these kids, the time that we have is an absolute gift. I understand this because of Caitlin, and I will never lose sight of that."

Coach Altevogt summed up her lasting impact the way we can hope most people want to leave this world- "We're certainly better for having known her." What a terrific sentiment about an impactful person.

As we remember Coach Engel and those that have left us too soon, it is particularly impactful the last sentence that Coach McRill put in his message discussing Caitlin- "Sorry...more than a quote...she was amazing."