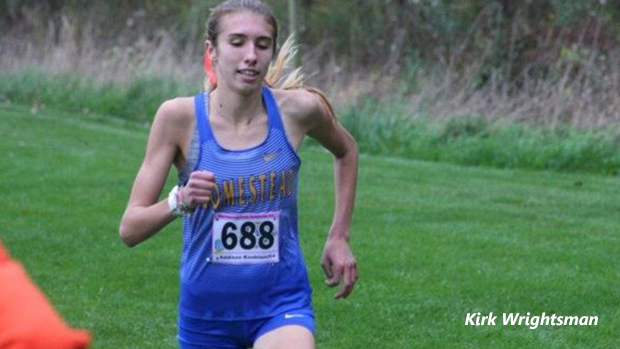 The Indiana Runner Open held at the Kesler Student Activity Center on the campus of Taylor University produced some fine early season performances Saturday afternoon. The meet was highlighted by strong performances from Addison Knoblauch of Homestead in both the 1600m and 3200m runs, Izaiah Steury in both the 800m and 1600m runs, and John Colquitt from Brownsburg in both the 60m hurdles and 60m dash. The trio produced six wins between them.

Other strong performances on the girls side included a strong hurdles battle between Morgan Patterson from Fort Wayne Northrop and Skyler Sichting. Patterson edged Sichting 9.37 to 9.67 for the victory.

Brownsburg girls turned in a strong 1-2 punch in the girls 60m dash. Izzy Neal and Aysa Thruston led the field with respective times of 8.05 and 8.09. This looks scary for the 4x100m relay later in the spring.

The girls 800m produced some strong indoor early times with both Tori Jackson from Whiteland and Paige Iaria from Indian Creek breaking 2:30. Jackson won in a time of 2:26.35 with Iaria coming home in 2:28.34 for second.

Kya Crooke took home a couple of field victories. She jumped an amazing early 5'6" to take the high jump easily and a strong indoor 17'2.5" to win the long jump by almost two feet. Both are outstanding early performances.

Kailee Stewart took gold in the pole vault with a mark of 11'0". She bested Riley Nielsen and Mackenzie VanBibber. Both jumped 10'6" for runner-up.

Addyson Trausch won the shot put with a throw of 30'2" to win by over two feet.

On the boys' side, John Colquitt from Brownsburg certainly announced he is fit and ready for the season. Colquitt won the 60m hurdles in 8.18 to best Knox Willis from Zionsville. Willis was timed in 8.53. James Philpott was third in 8.82.

Colquitt then doubled back and won the 60m dash in 6.93 over Luke Collins. Collins was timed 7.07. This is a tough double indoors with small heats of both the hurdles and dash- showing Colquitt's strength early indoors.

Luke Himes smashed the shot put field with a huge winning effort of 58'0. His throw put him almost 16 feet better than the field.