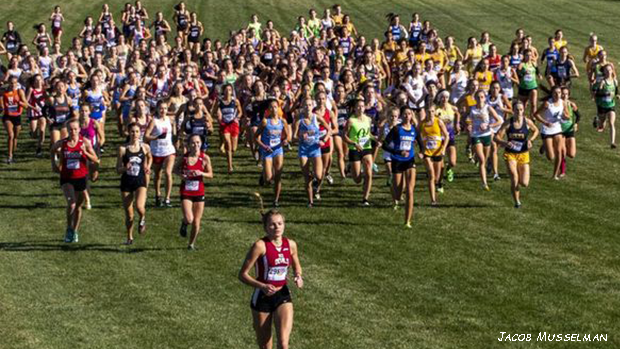 The Franklin Invitational highlights a full slate of cross country action this Saturday, as more than twenty strong teams will converge just south of Indianapolis at Franklin Community High School for a meet that will feature a state team title contender and a hometown favorite.

Despite losing lead runner Drew Costelow after he transferred to Valor Christian in Colorado last winter, the Center Grove Trojans still return five runners from a boys team that finished fourth at the state finals last year. The front of this race should be a swarm of red, as Griffin Hennessy, Parker Mimbela, Jarret Rockwell, Raef Sauer and Kyle Montgomery are all capable of running under 16:30 for the Trojans. Center Grove has one of Indiana's most complete teams and should run away with the team title in this meet.

Franklin Community's own Lauren Klem headlines the field in the girls race. The Sophomore won her sectional before finishing in the top ten at the Shelbyville Semi-State last fall, and earned a fifth place finish against a loaded field in her first race of 2021 at the Valley Kick Off.

Klem's career best time came at the Riverview Health Invitational in 2020, where she clocked an 18:06.70. The Grizzly Cub finished second at her home race last year, and she will look to step up to the top of the podium in 2021.

Klem's biggest challenge will come from Edgewood's Clara Crain, who ran an 18:20.80 at the Brown County Semi-State last season and beat Klem by a few seconds at the 2020 State Finals. You can also expect to see Brown County's Hadley Gradolf in the lead pack throughout the race.

Center Grove is again the favorite for the girls team championship, though it won't be the runaway that's expected in the boys race. Bloomington South returns the top four runners, including Lily Myers and Emma Callahan from a team that qualified for the state finals last year, and Franklin Community could be in the mix as well with Klem and Jenna Newton leading the way.

It's safe to say it will be a hot and muggy Saturday throughout Indiana. Fortunately, this meet gets an early start with the boys race beginning at 8:30 and the girls race set to follow at 9:10.