A handful of Indiana alumni are set to compete at the Five and Dime Athletics Meeting Track meet. The meet will take place this Friday, December 11th and Saturday, December 12th at the New Mondo Track in Columbia, South Carolina. 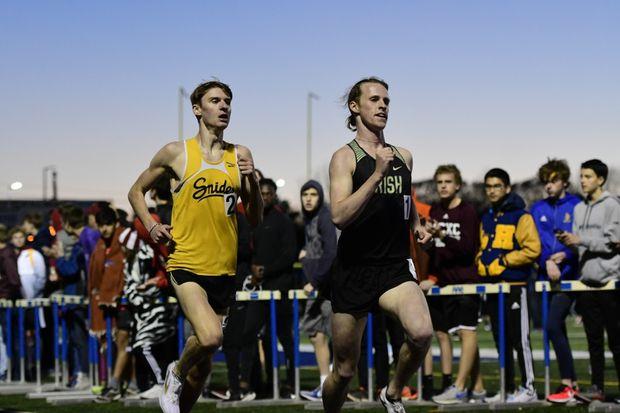 Hocker is entered into the "A" 5K race and shares the top seed with Euan Makepeace of 13:30. Just last week, Hocker ran a stellar 5K in California, clocking a time of 13:32, just behind Olympian gold medalist Matthew Centrowitz. Emma Wilson is entered into the Women's 10,000 with a top seed time of 32:20. Wilson, who transferred to Huntington University from Illinois, has continued to improve over the season and will look to chase the 10,000m Olympic Trials qualifier time of 32:25. Lauren Johnson is set to pace Wilson and the field through 6.5K. Lauren Bailey will compete in the Women's 10,000 along with Emma Wilson. Bailey enters the race with the second fastest seeded time behind Wilson. According to TFFRS, Bailey has never raced in the 10,000 so it will be interesting to see how she adjusts to the distance and how long she can hang with Emma Wilson. Noble is entered into the Men's 5K with a seeded time of 13:48. His PB is 14:01, and if he can stay with Hocker and Makepeace, he should have no problem leaving the meet with a new PB. Keslin is slated to race in the Men's 10,000. Keslin enters the race with a seeded time of 29:30. He owns a PB of 29:29. This race will be a good indicator on where he's at in terms of fitness level and if he can stay with the leaders, he should have a decent shot at a new PB.