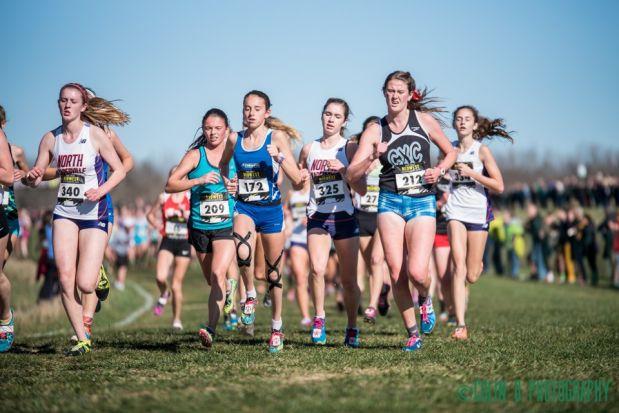 The 2018 IHSAA Cross Country season is officially underway, and this weekend will feature an early preview of the state finals course for more than a dozen teams on both the boys and girls side.

The 2018 Valley XC Kickoff hosted by Terre Haute South Vigo High School is set to take place on August 11 at LaVern Gibson Cross Country Course in Terre Haute, IN. The meet is scheduled for a 9am start and features major players both individually and as a team.

Below you will find a list of things to look out for as the meet gets under way.

Last year's race featured a tightly contested battle between Geno Christofanelli (11) of Crown Point and Ian Shaw (12) of Bloomington South. Christofanelli eked out the win with a time of 16:23 to Shaw's 3rd place showing 16:38, but the 2018 edition is shaping up to be a much harder test.

Shaw comes into the season with high hopes after an 11th place finish at last year's state meet. Christofanelli, meanwhile, faltered late in the year managing only a 67th place showing.

The question here is what kind of early-season form all these athletes are in. Will Shaw establish himself as one of the dominant runners in the state? Or can Chistofanelli repeat as champion and send a message to his early competition?

Much like the boys race, an early favorite here is one of the best runners in the state. Jordyn Boyer (12) of Lowell dominated last year's event, winning in a time of 18:58. She went on to place 9th at the state finals later that year and is coming off a track season that ended with a 6th place finish in the 3200.

Boyer figures to be the odds on favorite here, but she will have competition from Lily Barton (11) of Terre Haute South and Clare Vogel (11) of Evansville Reitz. Neither Barton nor Vogel boast the resume of Boyer, but their second and third place finishes from last year respectively see them within striking distance of the leading Red Devil.

On the team side of things, the race is clear cut. Bloomington South won last year's event with a combined team score of 45. Their next closest competitor, the Crown Point Bulldogs, lost a couple of low sticks up front.

Look for the team out of West Lafayette to take their shot at winning after a 3rd place finish in last year's meet. Assuming everyone is healthy and running, the Red Devils have a solid pack of runners with PRs in the mid-16s that could see them compete for the title.

Ultimately though, this is Bloomington South's meet to lose, and with the 1-2 punch of Shaw and Zinkin, that outcome seems unlikely.

The girls race looks to be quite a bit tighter with three different teams having a shot at the win. West Lafayette, Evansville Reitz, and Lowell were separated by only 17 points at last year's meet, and with only four seniors in the top 20 finishers, things are sure to be close once again.

A team like Lowell likely has the advantage given the low stick influence of Boyer and Annalise James (12). But the other Red Devils out of West Lafayette will have something to say about defending their title.

Evansville Reitz, meanwhile, suffered the loss of Presley Warren, but they will look to upperclassmen to step up where it counts.

All in all, this will be an interesting race to watch, and the final outcome may well be decided by who has the most depth of the top three teams.