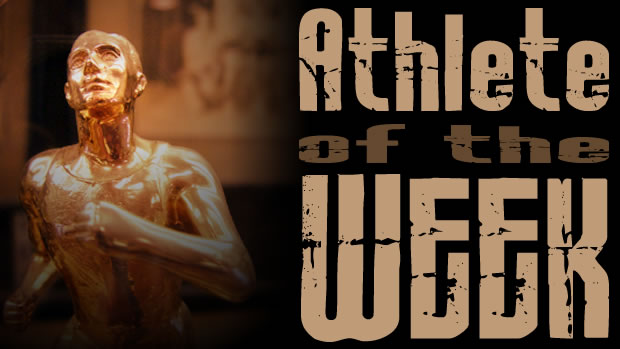 As a new feature on MileSplit Indiana, we are honoring the top athletes each week by naming a male and female athlete of the week award. This award will go to athletes who were star performers in the week prior. An athlete may only win the award once per season.

Avon High School received an important ten points from senior thrower Josh Smith at the Greencastle HSR Qualifier. Smith launched the shot put a new personal best 55-8.5. The mark was three and a half feet better than his throw the prior week at the Western Indiana High School Indoor Classic. Smith has the third best mark in the state behind the Carmel duo of Langston Newton and Jalen Duncan.

Center Grove senior Sydney Clute continued her dominance in the pole vault at the MIC Meet on the campus of Depauw University. Clute vaulted a new personal best mark of 12-8 which is also number one in the state. Lawrence Central senior Kimyanna Rudolph is the only other vaulter to clear 12 feet this year with a personal best eight inches less at 12-0.