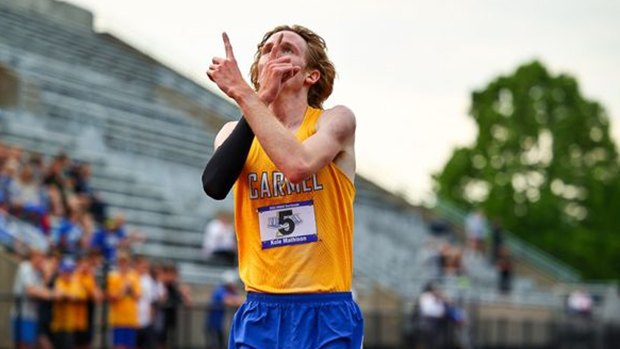 Last night saw weather play a huge factor as the IHSAA Sectional kicked off. Six of the 32 Sectionals were postponed last night and will be completed today. Those that got through were rewarded with tremendous weather for their patience. (Today, not so much it appears!)

Carmel's Kole Mathison ran an incredible distance double, especially for the Sectional round. Mathison opened the night with a 4:06.50 solo 1600m. He followed that up later in the evening with another solo effort- this time a 9:04.30 3200m to secure the double victory.

Westfield's Kai Connor ran a 1:53.75 , just edging Hamilton Southeastern's Nolan Satterfield by just under a half of a second.

We will add to our coverage as the day continues and more results are posted.