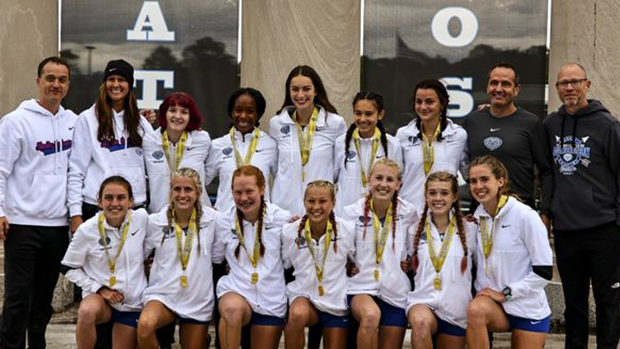 MileSplit Indiana Coaches of the Year

Picking the coaches of the year this year seems easy on the surface- pick the state champion coaches. That did weigh heavily but it was not that easy. There were so many teams that made a huge jump this season or went above and beyond their expectations that choosing a small list was tough.

But in the spirit of being thankful, let's recognize several deserving coaches and understand that there are hundreds of coaches out there that deserve recognition for their efforts. We will dedicate some small school recognition later as the awards roll out so jump the gun on that yet! Boys Coach of the Year

Choosing the COY on the boys side was not easy. First, the team that won convincingly won the IHSAA State Championship was not necessarily the top team most of the year due to injury. However, overcoming what seemed to be great adversity and winning in a convincing manner is worthy of naming Brebeuf's Karl Kneer as the COY from MileSplit Indiana.

Brebeuf's 39-point margin and overall low score of 78 points were both unexpectedly strong state finals performances. They backed this performance up with a runner-up finish at the Nike Team Regionals two weeks later to further impress upon their strength. Coach Kneer is well-deserving of this award and congrats to his team for their outstanding performance. Girls Coach of the Year

The season on the girls side of the isle was a tale of two competitions. Carmel and Columbus North battled all season and seemed to be a clear 1-2 punch when it came to predicting the state champion. There was a gap that seemed to emerge between those two teams and the field. However, the field was equally as competitive and all of those things played out at the IHSAA State Finals.

Columbus North and Carmel fought to a 13-point margin of victory for the Bull Dogs and a 129-point gap between runner-up Carmel and the 3rd place Chesterton girls. There was something that stood out, though, about the Greyhounds. Head Coach Taylor Marshall took over the team this summer after the retirement of Coach Andy Dalton and in his first year led the defending state champions to a dominating win in the Shelbyville Semi-State and a huge season that saw the girls ranked nationally all year long.

Taking over in year one and maintaining the excellence that Carmel has created for themselves as an expectation is not easy. Every coach knows that year one is a transition for all involved. Coach Marshall, already an experienced and successful coach at North Central, took the helm and guided the Greyhounds to an outstanding season. Getting buy-in, a change in training, getting to know each other, and trust could have all derailed the season.

His top three runners were as strong as any in the state and he brought along three freshmen to great success to continue the dominant team performances over the years. If his first year is any indication of the future, Indiana needs to continue to count on the Carmel Greyhounds to be a title contender for years to come. Combined Coach of the Year

Coaching both genders takes a special coach. This coach has to connect with all kids on the roster and probably juggle different styles, different training plans, run all over the place at meets, and generally always be "on". This is especially tough when you coach at one of the larger schools in the state.

Coach Joe Golden from Hamilton Southeastern has always turned out remarkable teams and making the podium is not new for the Royals. This year might have been his best though. Coach Golden's boys started off the day with a huge performance to finish Runner-Up at the IHSAA State Championships. They vaulted over several teams predicted to finish ahead of them to outdistanced third place Columbus North by 19 points. This was after a 39-point win at the New Haven Semi-State over another podium team, county rival Fishers.

Coach Golden's runners were not through with great performances. The girls ran an outstanding race to finish fourth overall, earning a somewhat surprising podium finish. The Royals were only 11 points from third place Chesterton. This was a team realizing their potential on the right day as they were only third at the New Haven Semi-State. They avenged losses to Carroll (FW) and Homestead to grab a medal in one of the deepest races in state history on the girls side.

Congrats to Coach Golden for his tremendous season on both sides. It is hard enough to medal at all- but to take both teams up on the medal stand with a combined program earned Coach Golden the Combined Coach of the Year award.