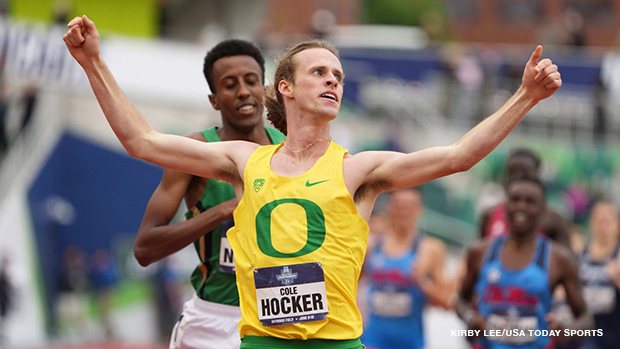 In the first of many championships meets to be held at the new Hayward Field in Eugene, OR, the NCAA D1 Track and Field Championships did not disappoint. Ten former Indiana high school athletes made their way to the championships meet, with 5 of them coming away with All-American honors.

Kayla Smith from Lawrence Central and in her senior season for the University of Georgia took 5th overall with a clearance of 14ft 3.75in.

On the men's side of pole vault, two walked away with All-American titles and one earned some great experience competing in his first NCAA experience.

Over at the high jump pit on Saturday, Shelby Tyler cleared a collegiate best for her at 6ft 0.5in. In her first collegiate outdoor season, the former Noblesville Miller took 5th overall to earn her hopefully first of many All-American honors.