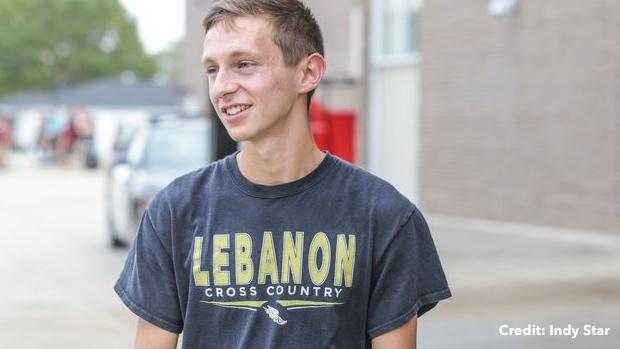 But the road to state in Indiana for the Lebanon High senior isn't guaranteed, and he'll have his work cut out for him at regionals this weekend in Noblesville.

Whether his season ends there may be a bittersweet moment for a runner who has improved so much over four years. As a freshman, he began his career in a duel meet and finished in just over 20 minutes. Four years later, he's set a career PR of 16:47.40 and is a captain of his Lebanon team and its No. 2 runner.

State would be great, but that's not where Muse-Myers' story begins or ends, either.

The decision is the hard part, and it's coming. It's always coming. Robert Muse-Myers is a Lebanon senior, one of the fastest cross-country runners in the area and soon he'll have a choice to make - but not too soon. He's running the first mile in 5 minutes, 20 seconds. He's cruising. His thoughts are happy, for now.

That's just a glimpse of The Indy Star's recent feature on Muse-Myers, written by one of the best columnists in the country, Greg Doyel.

I urge you to read this endearing and inspiring story.

While cross country is a part of his journey, Muse-Myers' long road to success goes far beyond it.

Read: A High School Runner Loses One Parent, Then The Other -- And Finds Two Moms In Lebanon