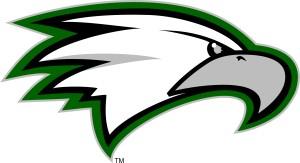 Zionsville’s Coach Rigg: Running is More Than a Time on a Piece of Paper

When former Olympic Marathoner Suzanne Rigg took over at Zionsville two years ago, the girls cross country team saw unprecedented success. The Eagles went from having never qualified for the state meet to ninth in 2013 and sixth in 2014. For the Zionsville squad, success did not come through pounding out more miles, but learning to love the sport and developing athletes as individuals.

Suzanne Rigg grew up in Iowa and found early success on the cross country course. She competed for Iowa State, where she was a three time All-American including a 17th place at NCAA Nationals as a freshman. After marrying her teammate, John Rigg, an 800m runner for the Cyclones, and moving to his home country of Great Britain, she continued to run professionally and qualified for the 1996 Olympic Games in the marathon.

“[My own Olympic experience] gives me a bigger picture view of [running]," she said. "I think back to high school, and being in the Olympics wasn’t nearly as scary as being in high school. In high school, you are young, worried about everything and put pressure on yourself… It gives me a longer term view. Being a mother and being immersed in the school, the homework, and seeing the athletics side of it gives me a unique perspective. “

Rigg, mother to Sophia, sophomore, and Oliver, senior, both who have successful careers at Zionsville, says that coaching her daughter has been great for their relationship.

“I think after the initial shock of both my children seeing their mother at school, it’s been great. With Sophia, it's strengthened our relationship. I didn’t know how it would work out, but I’m pleased. I try to take the pressure of her anyway I can.”

Her passion to not only succeed on the course, but to develop her athletes as humans is something she emphasizes. When asked about goals for the season, she responds first with goals for her team off the course before going into specifics about on the course.

“I have three goals for the team. The first is to love to run and love the sport. The second is to have a great high school experience and hopefully the good team experience in cross country helps that," she said. "Lastly, I want everyone to achieve personal bests. I competed in Great Britain and we call it personal bests, not personal records. I like that because to be the best you can be isn’t just a time on a piece of paper. Its about treating people with respect, getting homework done, being a good teammate. It’s so much more than running fast."

When it comes to goals for her team in regards to this, season she only has one - to return to the state meet.

“I don’t like setting specific goals early on in the season. Specifics tie them up in knots and limit them. Our one goal is to make it to the state meet and we will refine that as the season progresses.”

With a strong core of girls returning from their sixth place squad it seems like a very real possibility. The eagles are led by four-year veteran Samantha Mitchell who ran 11:09 for 3200m in 2014 and Angelina Ellis, 56th at the state meet in 2014.

Coach Rigg is optimistic about this year's team.

“Sydney Meyers graduated which is a big loss, but we have people coming up in her footsteps. We have a couple of freshman that will really help the team this year, but they are really young and it’s a long season. We will see how they develop…The biggest obstacle is keeping everyone healthy and making it through the season," she said. "We aren’t a huge school. The depth we have is good for our size, but we rely on the same girls to be healthy throughout the season”.

The Eagles kick off their season with a home meet on Saturday. Coach Rigg has used her approach when it comes to developing athletes when planning the meet.

“We are splitting it up juniors and seniors and then freshman and sophomores. It’ll be a chance for younger kids to realize that hey, I’m pretty good at this sport. Our goal is to make it fun with lots of extra little things. We are handing out popsicles, we have food trucks coming, we have cool t-shirts.”

Her approach of not just pounding out the miles, but to have the kids enjoy the sport has been paying off for the new coach. The Eagles have soared to new heights in just two years and look to continue to build on that under the guidance of Coach Rigg.

“If these kids aren’t having fun, enjoying being with teammates, enjoying the sport [then we are missing something]. I want to make it meaningful for them, have it be more than a PR on a piece of a paper. Running is more than that.”