Skylar Stidam competes at the FSU Relays in 2017, a few weeks later he would face an attempted suspension for competing in California.

The IHSAA is under fire once again for their waiver approvals and rules surrounding them. Last year we saw three athletes get suspended but then reinstated within the same day over issues with the Arcadia Invitational. This year we almost had the same issue. Evansville Memorial Senior, Matt Schadler, has an approved waiver on file with the IHSAA for the 2018 Arcadia Invitational, which takes place this coming weekend. At the rules interpretation meeting this year, Arcadia came up. Coaches were told that Arcadia was a no-go, due to it being outside of the 300 mile limit that is in place. This comes as a very confusing statement, because in year's past athletes such as Ben Veatch and Lynna Irby have competed there and  had no issues. Still even after saying Arcadia would not be allowed, the IHSAA approved a waiver for this meet for Schadler.

Ben Veatch at the 2016 Arcadia Invitational. No penalties occured after he competed.

Schadler was surprised when his school's athletic director told him the waiver had been approved. He didn't expect it to be after the situation with Fendel, Stidam and William Young (Guerin Catholic) being suspended for competing at this meet last year. Schadler and his coach sat down and closely looked over the waiver to make sure that it was right, and he could begin booking flights to go and run at one of the top meets in the country.

Within the waiver it states that he can compete, but he would have to do so as an unattached athlete. The Arcadia Invitational does not allow unattached competitors though. Essentially now he has a waiver to go compete, but he would face penalties, such as a possible suspension, if he were to go compete. That being said, Matt Schadler will be staying in Indiana this weekend instead of getting to compete against some of the top guys in the country. After being a Footlocker Finalist this past December, it would seem he has earned the right to compete against the nations best in track as well. 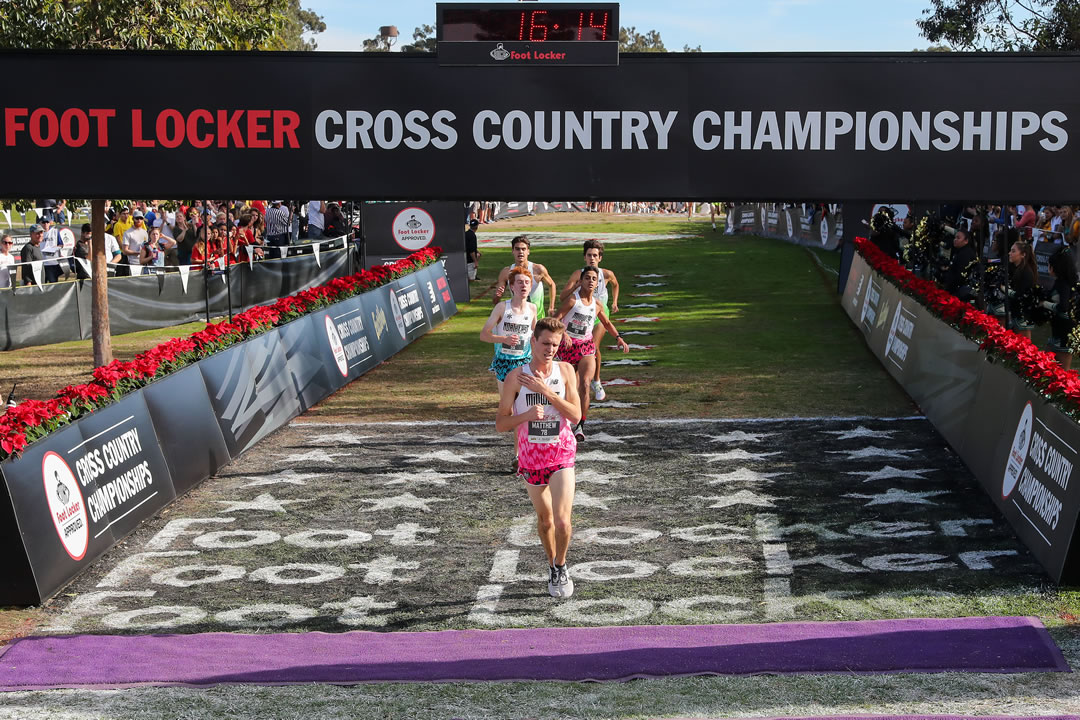 This rule doesn't just apply to track or cross country, it is for all sports in Indiana. Athletes are not allowed to compete outside of the 300 mile one way distance during the season that their sport competes. So, a basketball team could not travel to say Florida for a tournament sponsored by a FL high school in January because it is outside of the limit. Typically, we don't see this problem within other sports because of how much competition and time those other sports have within Indiana. Travelling far away just isn't seen as much since other sports are more team oriented and have good competition in the state. The exception comes with the Indianapolis Cathedral Football team who last season played six of their 13 games outside of the state. Most of which were in Northern Kentucky or Western Ohio.Track and Cross Country are unique though, they are mostly individual sports.

c. An outstanding student-athlete may participate as an individual during the Authorized Season of a sport, without loss of interschool eligibility, provided the following criteria are met:
(1.) a completed waiver application form signed by the student, parent, coach and principal or his/her designee, shall be filed with the School and the electronic waiver process shall be completed and submitted to the Commissioner for approval, prior to the event;
(2.) arrangements to complete academic lessons, assignments, test(s), etc. is made in advance;
(3.) student may not miss an Association sponsored tournament series or School Contest for which he/she is eligible. (It is the philosophy of this Association that students owe loyalty to their school and team.); and
(4.) student and parent agrees to not accept, directly or indirectly, any awards, gifts, trips, merchandise, etc. which would violate IHSAA rule 5 (Amateurism) or rule 6 (Awards, Prizes, Gifts).

Yes, the rule makes sense, because we don't want high school athletics to turn into the NCAA, where athletes can be on the other side of the country every other weekend. Their education is what comes first. Athletes loyalty should be to their high school teams first and foremost. But what about those athletes that are not being challenged by the competition their school faces? These athletes, should have the opportunity to go and compete against some of the nations best if they would like to.

When athletes go somewhere else to compete, they are not only representing themselves, they are also representing their high school and Indiana. If they do well in their event, this puts Indiana on a larger scale to start to be recognized for its talents. Eventually there are going to be so many hoops for athletes and coaches to jump through to be able to race once that they will stop trying. Indiana will fall off the map for national level meets. Heck, athletes may not even try as hard and the overall level of competition could go down.

The only reasoning the IHSAA can give for not allowing athletes to compete at these events is because they want them to be about the team and not just the individual. Individuals advance through the state tournament, not an entire team. Track and Cross Country are both listed in the by-laws as individual sports though.

So, IHSAA this one goes out to you. Let's find some sort of compromise that will allow athletes to compete against other elite athletes. If the athletes have the times to qualify for these elite meets and have the ability and want to get to them, why are you stopping them? Let them run!