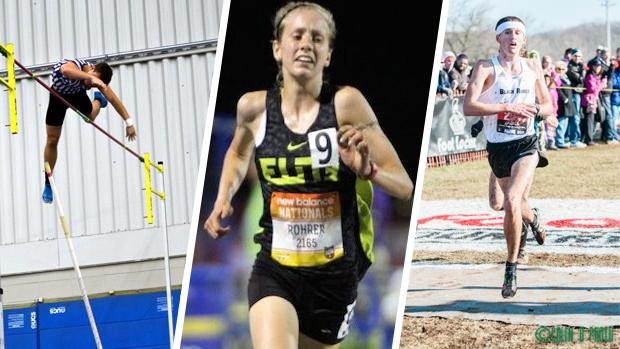 Ten of the top athletes in the state will be heading to New York City to compete against the best in the nation at New Balance Indoor Nationals.

Anna Rohrer is slotted to be making her indoor debut, running in the championship 5K. Rohrer will be eyeing her second national title in this event as she was the 5K champion at New Balance Outdoor Nationals in 2014.

Deakin Volz, 2014 Pole vault champ, moves from USATF Nationals to New Balance Nationals, transitioning from competing against the top pros to the top high schoolers. On the girls side Kayla Smith of Lawrence Central is entered in the championship division as well. Smith, the defending champ in the pole vault, was 4th in her first competition of the season at the UK High School Invitational.

The boys two mile will include a pair of elite distance runners from the Hoosier State. Ben Veatch and Zack Snider both are slated to be in the championship boys two mile run.

Moving up to the 5K, three boys from Indiana are entered currently, including two from Columbus North. Chase Ballard, Seth Williams, and Griffin Tichenor are all currently seeded in the championship section. Ballard currently holds the top time in the nation for this event, albeit from a small pool of athletes to have run the 5K this season.